Pastor John K. Jenkins Sr. serves as our senior pastor. He has been credited with shaping the lives of many for the glory of God.

Pastor John K. Jenkins Sr.  has traveled across the world preaching and teaching the masses about the love of Jesus Christ. Leading First Baptist since 1989, Pastor Jenkins remains steadfast in his quest to “develop dynamic disciples.” He is recognized as a catalyst to help individuals grow into lifelong Christian disciples who follow Jesus Christ. Pastor Jenkins believes that these individuals will impact the world on behalf of the Lord, thereby strengthening families and healing broken hearts along the way. 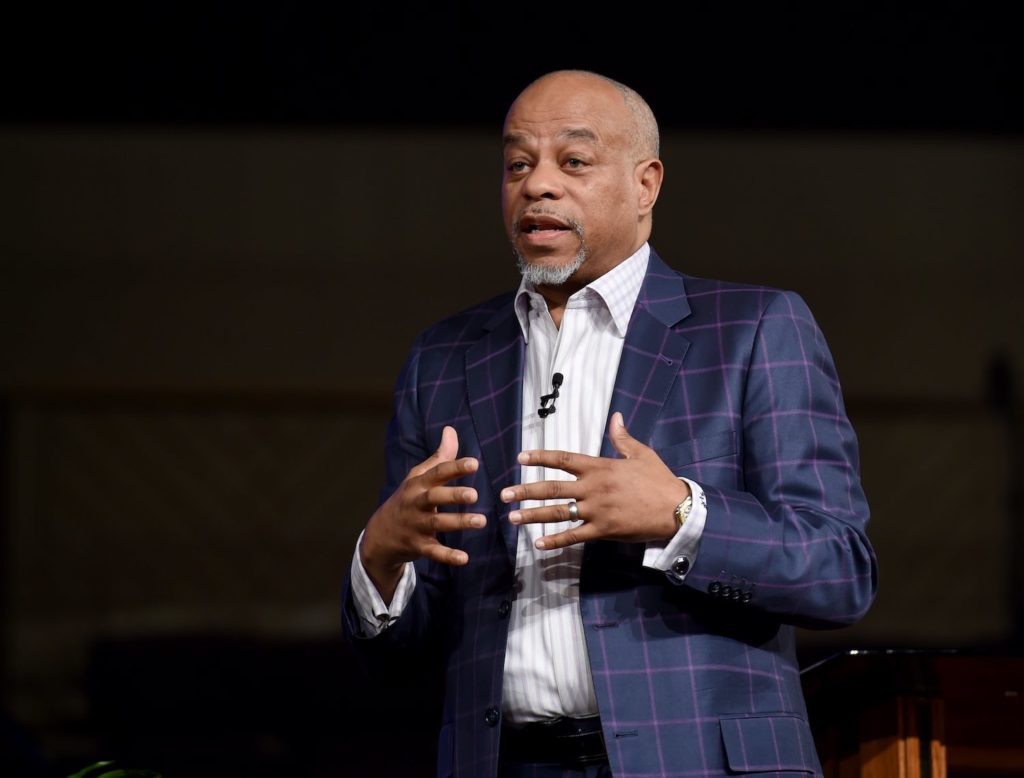 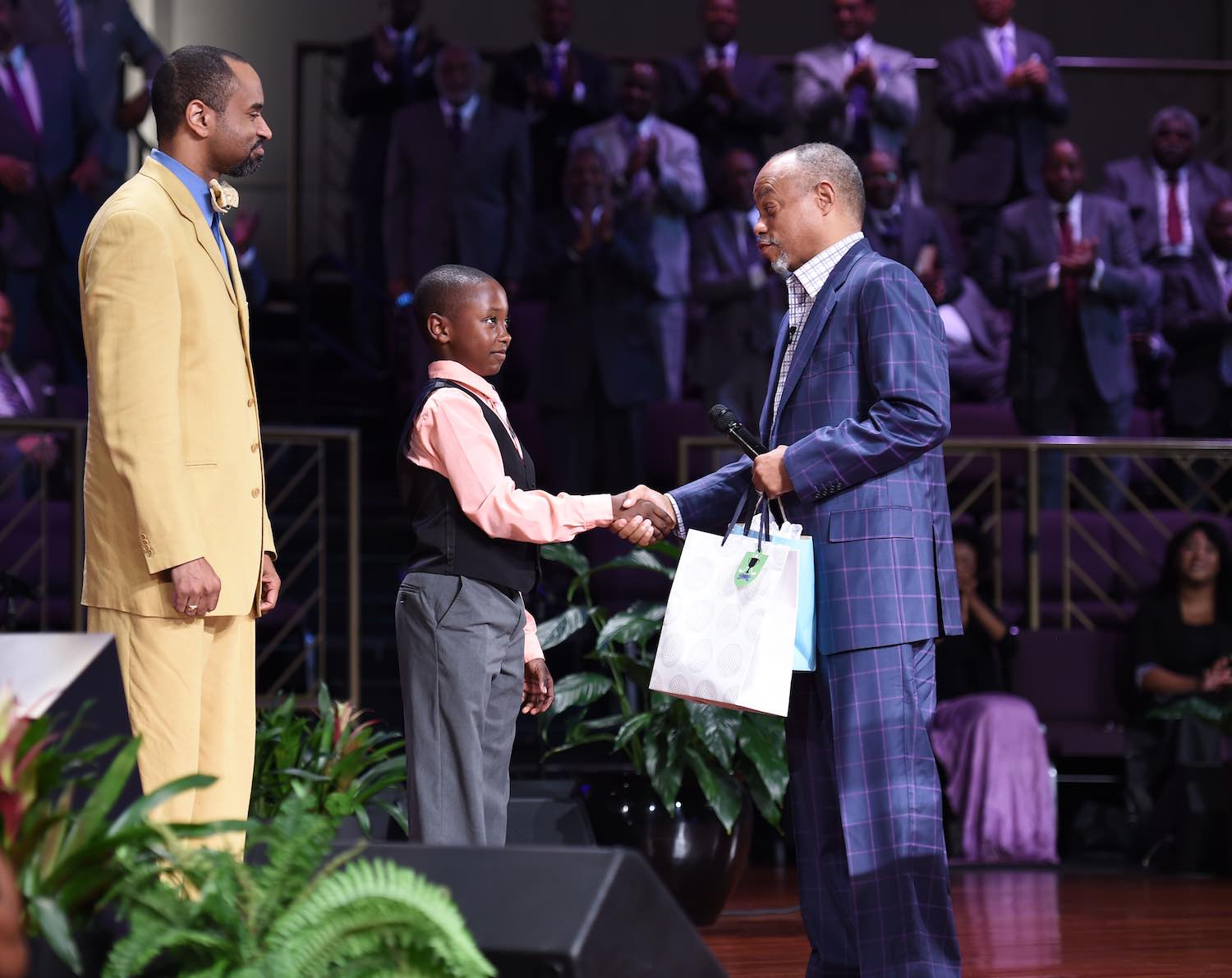 Pastor John K. Jenkins Sr. has been preaching the Good News since he was licensed as a minister in 1973 at 15 years old. From an early age, he developed a love for the Lord and felt a call to share the gospel of Jesus Christ.

His pastoral journey began in February 1987 as the senior pastor at Union Bethel Church in King George, Va. His nearly three years of pastoring proved to be the training ground for his upcoming assignment. In October of 1988, Pastor Jenkins learned of the passing of his mentor and pastor of his home church, the First Baptist Church of Glenarden, Dr. John W. Johnson.

One year after Dr. Johnson's passing, Pastor Jenkins returned to First Baptist to become the seventh shepherd. The fruit of his biblically based teaching is demonstrated in the growth of its church membership between its two campuses located in Landover and Upper Marlboro, Md. He has also overseen the development of the church's thriving online campus.

Under the leadership of Pastor Jenkins, First Baptist founded SHABACH! Ministries, Inc., a 501 (c) 3 arm of the church in 1996. Today he serves as chairman emeritus for SMI, which provides clothing, food, education and other resources in the Washington, D.C., area.

With the support of his wife, Trina, and their loving family, Pastor Jenkins has also expanded his ministry beyond the walls of First Baptist. In addition to his role as senior pastor, he also serves as the board chairman for the National Association of Evangelicals, Project Bridges, the Greater Prince George’s County Business Roundtable and The Skinner Institute. Pastor Jenkins was also formerly on the boards of Bethel University, Denver Seminary, University of Maryland Capital Region Health, World Vision, Great Dads, Teen Challenge and a local bank.

For two years, Pastor Jenkins served as vice president/executive director of National Ministries for Converge. Converge - a movement of over 1,700 churches who start and strengthen churches and spread the gospel worldwide with more than 240 missionaries. He recently made history when he was appointed as president of Converge in August 2022, making him the first African American to lead the 170-year-old organization. 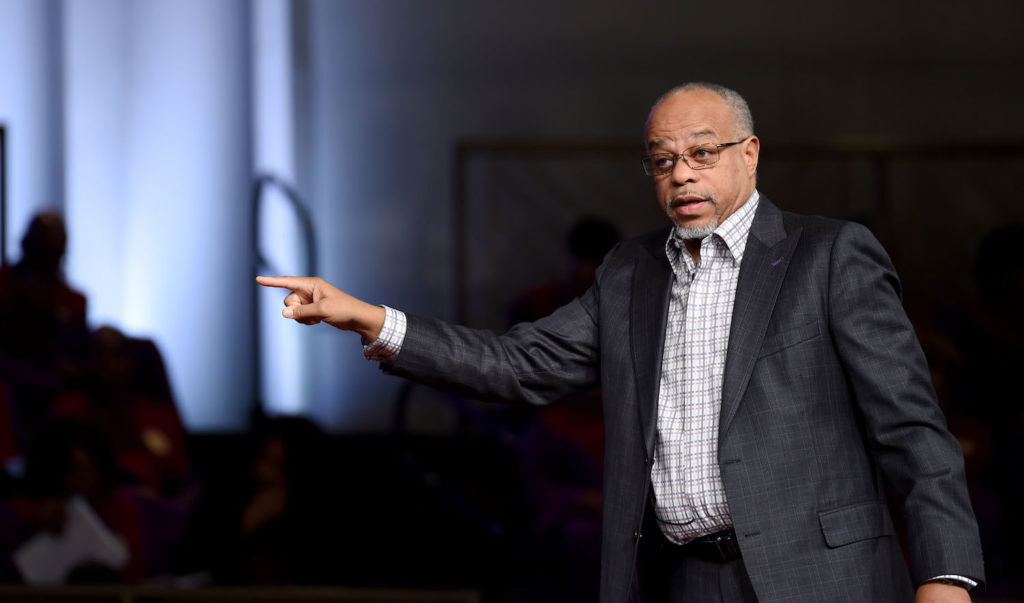 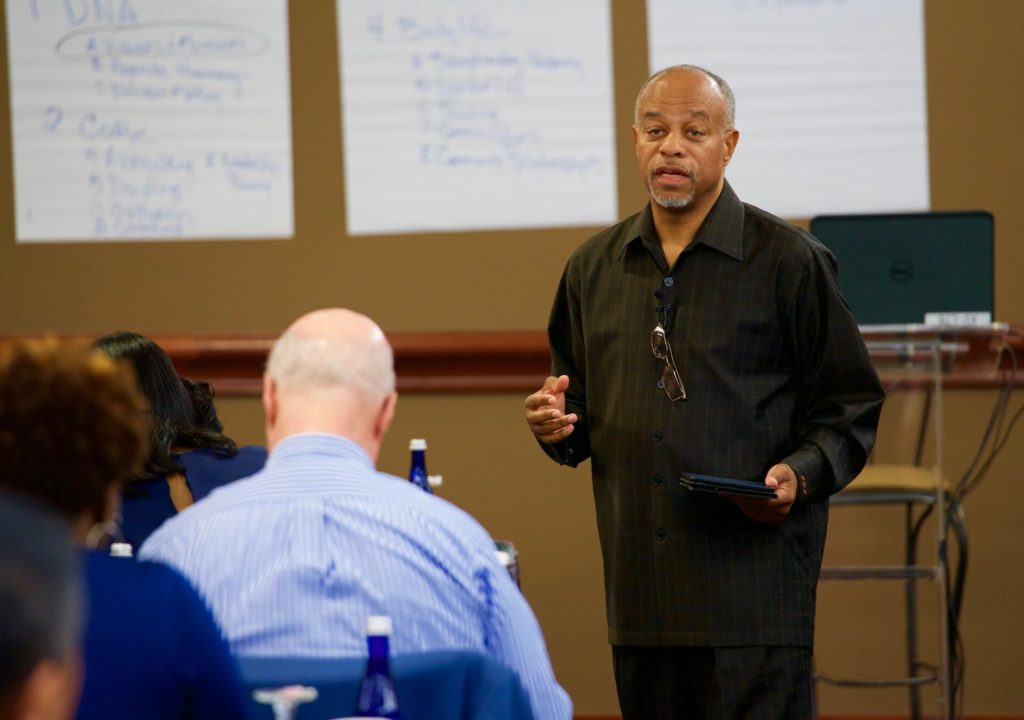 Pastor Jenkins has traveled the world preaching and teaching about the love of Jesus Christ. Pastoring First Baptist since 1989, he remains steadfast in his quest to “develop dynamic disciples.” He is recognized as a catalyst to help individuals develop into lifelong Christian disciples who follow the Lord.

Despite his many obligations, as a licensed pilot, Pastor Jenkins takes great delight in flying, and holds his role as a family man as the highest treasure. He and his wife Trina are the proud parents of six children and seven grandchildren.