This is more than just another Christmas play...it's an experience!

The Uncut Coming of Christ brings the story of the birth of Jesus to life with an all-star cast, original songs and a powerful script. The talents and creative styles of playwright Joshua Jenkins and songwriter Anthony Brown collide as they remind us, through powerful storytelling, that everyone has a story. Watch as a cast of unlikely characters plays a part in God’s plan to save the world through the life of Jesus Christ. Bring the entire family to one of our six FREE showings of this dynamic production.

This event is hosted by First Baptist Church of Glenarden.

"The Uncut Coming of Christ” has a cast of more than 200 talented actors, dancers and singers. For the 2019 production, we are excited to welcome the following guest artists in starring roles. 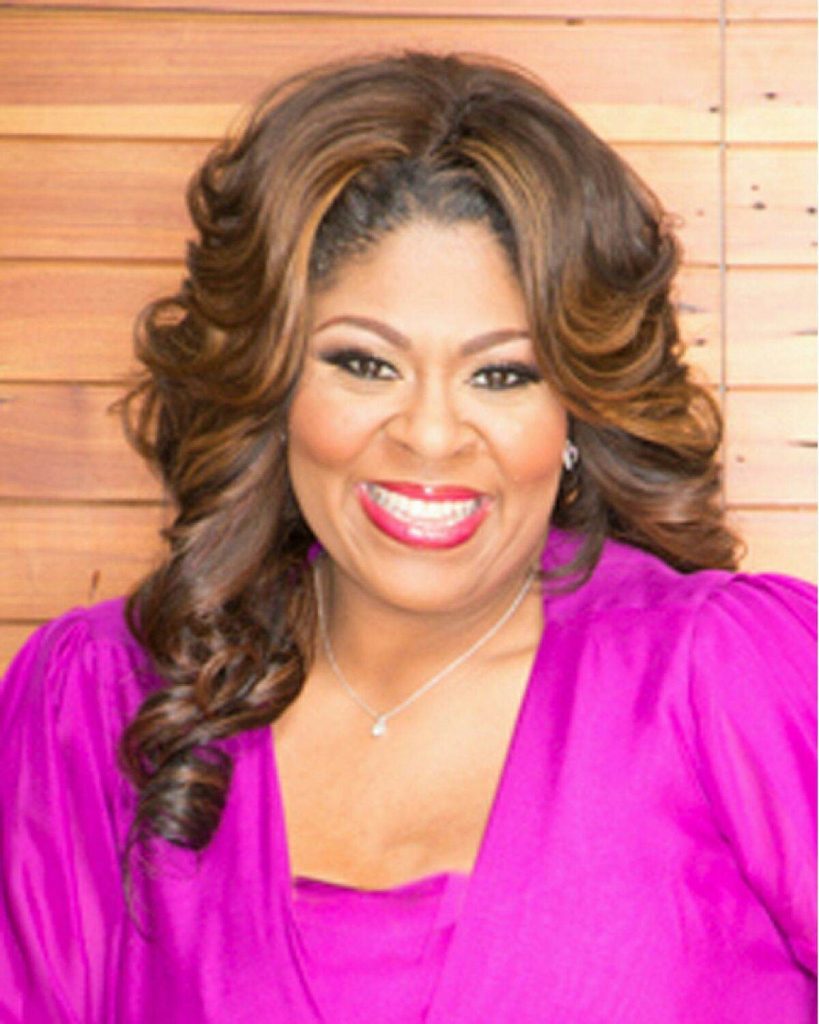 Pastor Kim Burrell is a Grammy Award nominee and Stellar Award winner who is revered by her peers in the music industry from both the spiritual and secular world. Her most recent project, “The Love Album,” won a Dove Award, two Stellar Awards and was nominated for a Grammy. A fan favorite who has appeared in “The Uncut Coming of Christ” previously, she rejoins the 2019 cast as “The Holy Spirit.”

Grammy Award- and Stellar Award-winning recording artist Le’Andria Johnson has taken the gospel music scene by storm since being crowned the season three winner of BET’s Sunday Best in 2010. Her latest project, “Bigger Than Me,” leads fans on a powerful journey, delivering messages of inspiration and celebration. She joins the 2019 cast of “The Uncut Coming of Christ” as “The Holy Spirit.” 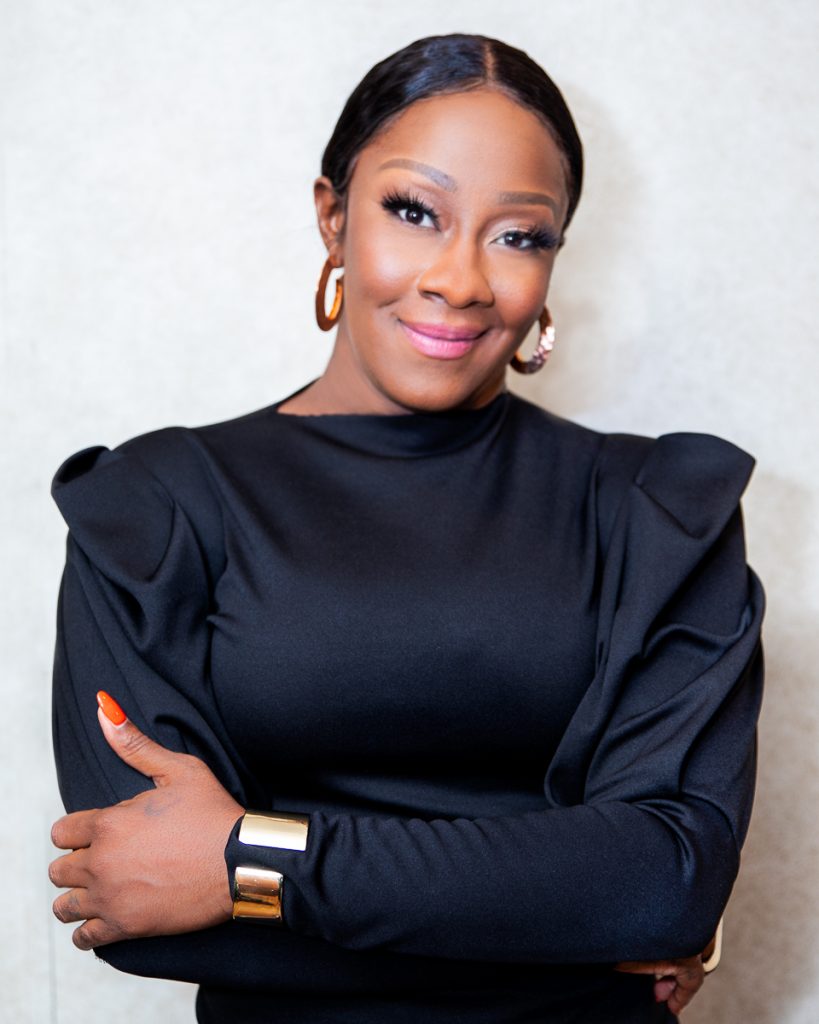 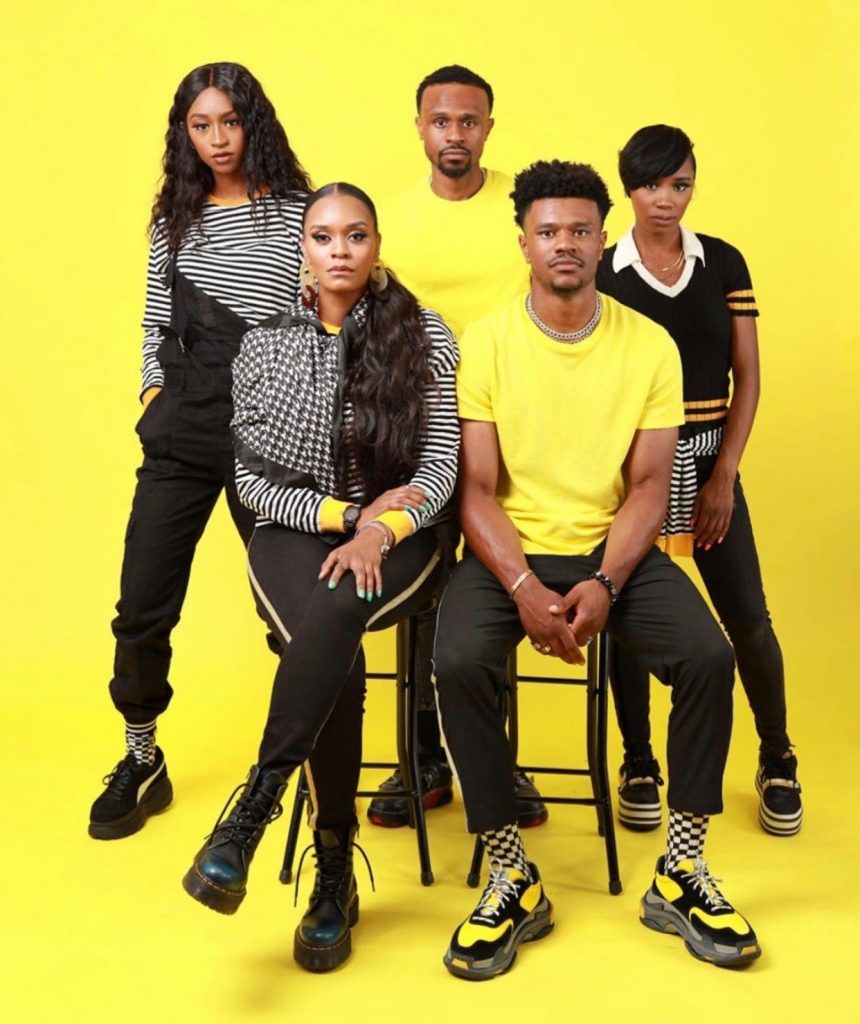 The Shelby 5 is a versatile family group that presents a blend of pop and urban infused music to encourage people all over the world. Don, Courtney, Andrea, Trent and Amber are close-knit siblings known for their unique family blend and intricate harmonies. They bring a new and fresh perspective to gospel music, and to this year’s play as Mary, Joseph and friends.

The Uncut Coming of Christ is a free event and open to all.  Bring the entire family! 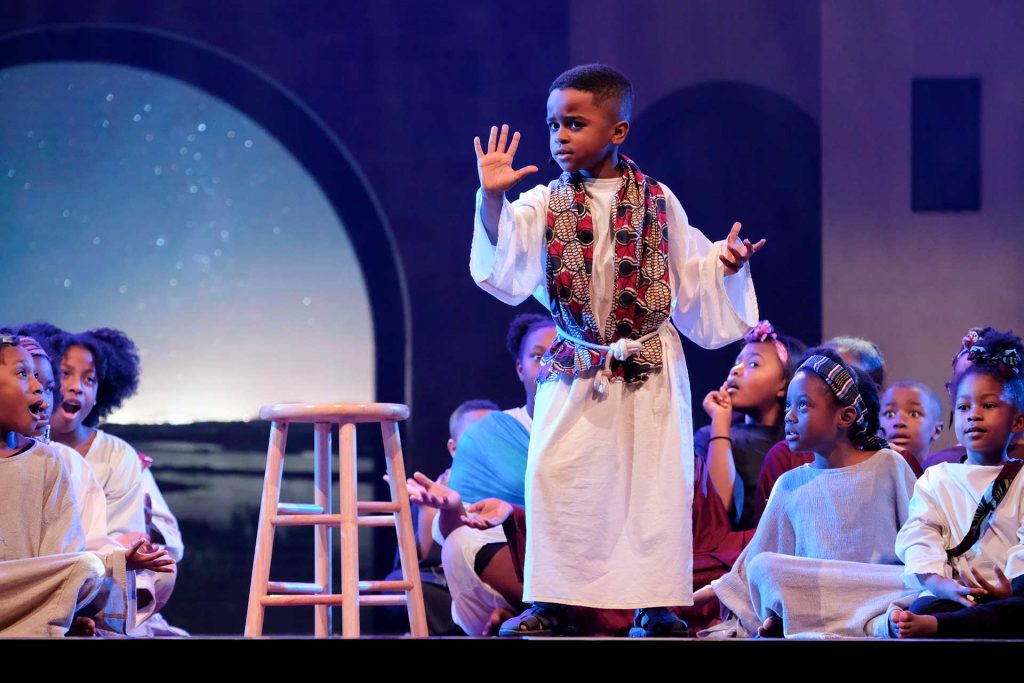 Be sure to arrive one hour before the play to experience all the sights, sounds and smells. Visitors to the FBCG Worship Center will be transported through time upon entering the Great Halls, which will be transformed into the Bethlehem marketplace for our pre-show production. Shepherds, Roman soldiers and regular townspeople will serve as your guide through the “city streets,” where you’ll see live animals, vendors, wares and more.

In Galilee, a virgin named Mary was engaged to a carpenter named Joseph. An angel visited Mary one night and said she would be impregnated by the Holy Spirit, give birth to a son and name him Jesus. Mary couldn’t believe it, asking the angel, “How can this be?” The angel told her “Nothing is impossible with God.” The Uncut Coming of Christ puts a modern-day twist on these biblical events, bringing the timeless love story to life with vigor and vitality.

You’ll witness the love and respect between Mary and her fiancé, Joseph, who was less than thrilled at first when he learned his bride-to-be was with child. You’ll also see the Holy Spirit’s power and presence in their lives. With an abundance of original scores, The Uncut Coming of Christ takes the audience on a dramatic, fantastical journey through the streets of Bethlehem! 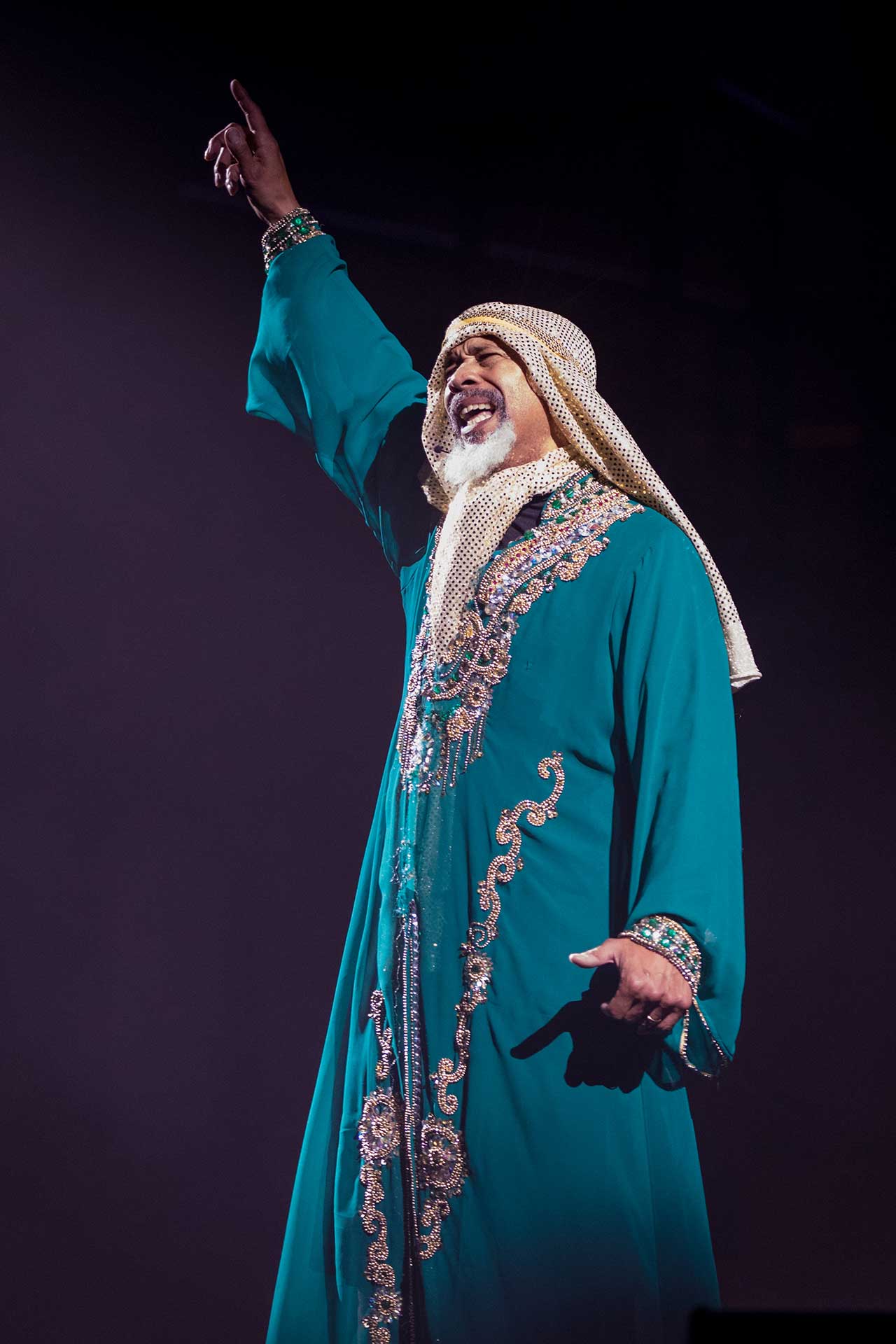 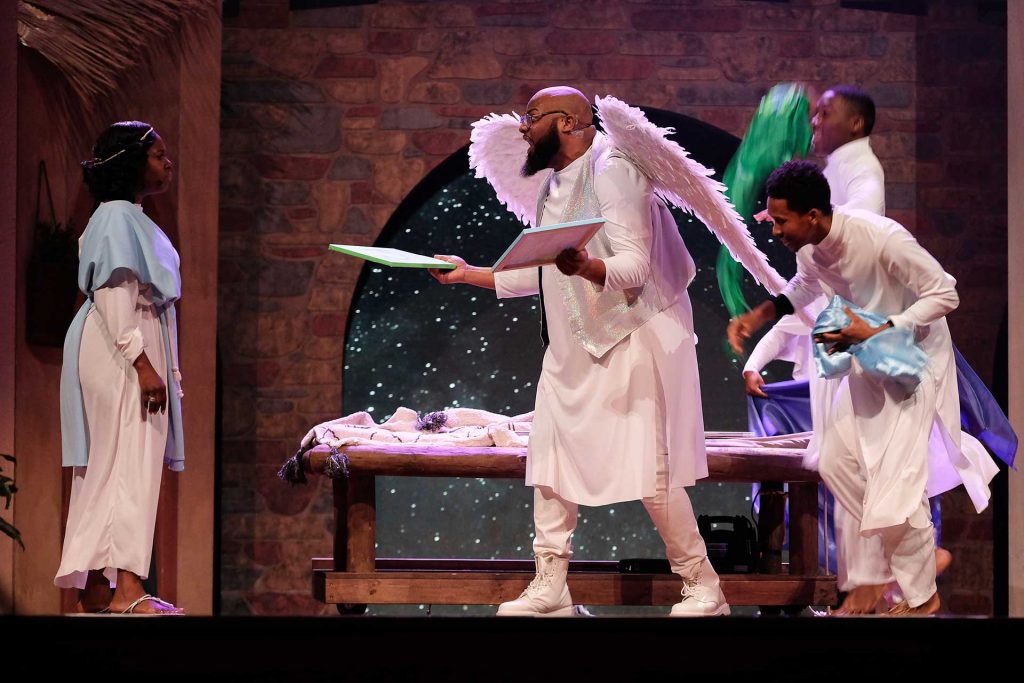 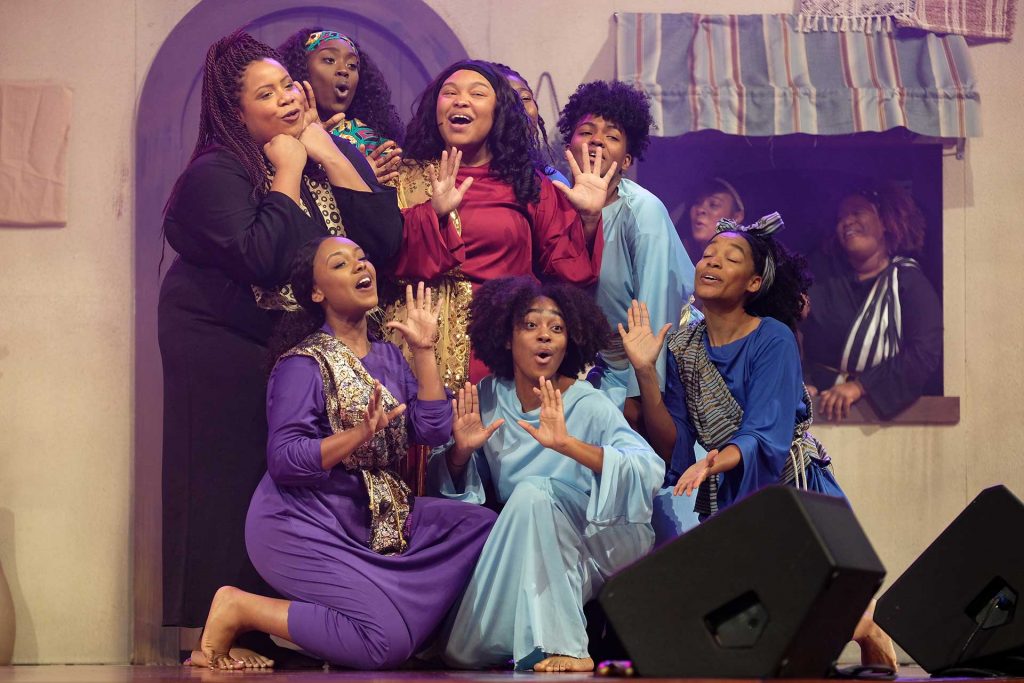 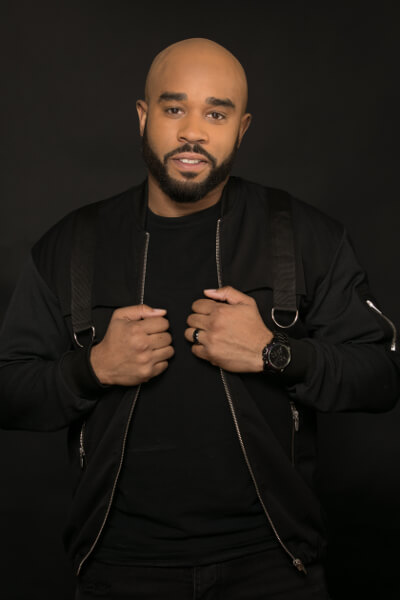 Joshua Jenkins is a young man of faith and courage, who is submitted to God just as his biblical counterpart was. He employs the medium of Christian theater, film and preaching with cutting edge deliverance ministry as its foundation to make relevant to a generation declared out of reach due to the tactics, schemes and strategies that the enemy uses in his quest to get them to abort their destinies.

Joshua is the eldest son of the First Baptist Church of Glenarden’s senior pastor, John K. Jenkins Sr., husband to wife Danielle, and father to his sons Jett and Jace. He currently serves as director of the FBCG’s Drama Ministry and Young Adult Ministry. He is a graduate of Bowie State University, with a bachelor’s degree in mass communication with a concentration in broadcast journalism and a minor in theater.  Joshua is a former officer of the Prince George’s County Police Department, where he served for seven years, and has been making his wave as a playwright, director, spoken word artist and preacher for the last 13 years.  In his breakthrough productions “Valley High,” “eLeMeNtS of yOuR GaRmEnT,” “Broken House,” “Church Folk” and “Breaking Down,”Joshua uses frank, unfiltered discussion to confront long held church and societal taboos.

He has worked with and directed with many icons in the gospel and film realm such as Kim Burrell, Isaac Carree, Anaysha Figueroa-Cooper, Sheri Jones-Moffett, The Walls Group, Anthony Brown, Y’anna Crawley, Tasha Cobbs, Laman Rucker, Clifton Powell, Traci Braxton, Roland Martin and many other notable artists and actors. Additionally, his work has been featured on the Stellar Awards and across the country.

He is a motivational speaker, teacher and preacher as he has impacted audiences of churches, social groups, high school commencement ceremonies, youth groups, as well as young adult groups and ministries across the Washington D.C., Virginia and Maryland area.

Joshua is also the writer, co-director and co-producer of the DMV hit production “The Uncut Coming of Christ,” which was viewed by a combined audience of 19,000 over a course of six shows in 2016. Joshua is the founder and owner of two production companies, one of which he solely owns entitled Stage Kingdom Productions, LLC. His second company, which he and his younger brother Jimmy Jenkins both founded and co-own, is Jenk Ink, LLC, from which they wrote, directed, produced and gained monumental success from the hit stage play entitled “Black Boy Blues” in 2016. Joshua and his brother most recently released their first budgeted feature film entitled “Sinners Wanted,” starring celebrities Lamman Rucker, Clifton Powell and many other notable actors.

A leader and visionary personified, with a heart for the people, Joshua Jenkins…. 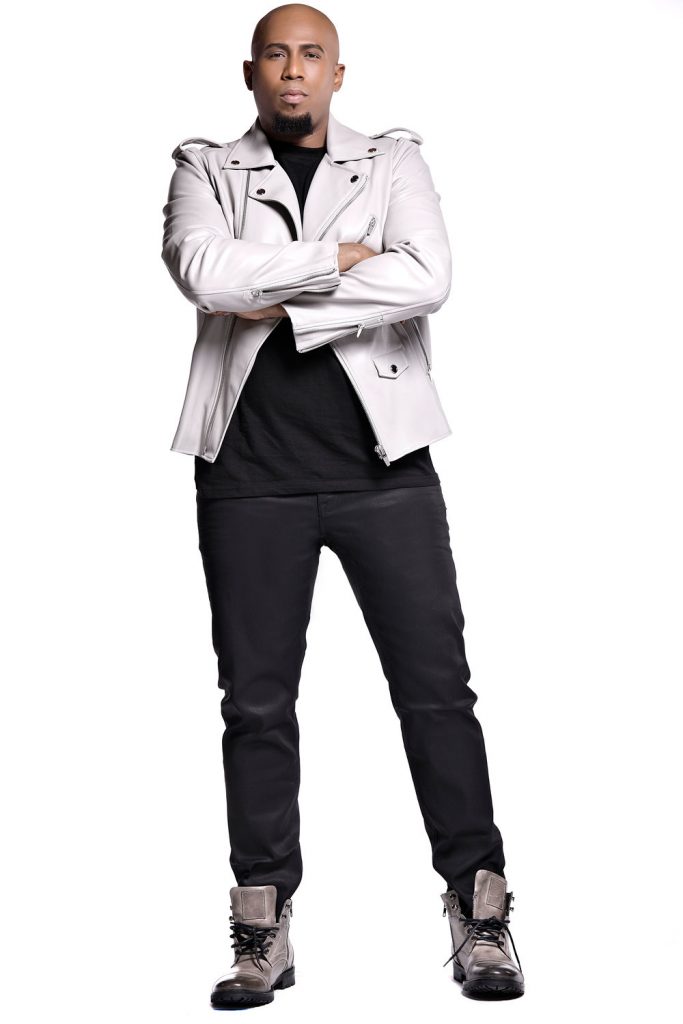 Songwriter, vocal director, producer, worship leader and singer, Anthony Brown is undeniably a music prodigy. With the start of the piano at the young age of three, Brown became a steward of music and has elevated his gifts to become an unparalleled talent, music influencer, and exceptional songwriter.

Determined to prove his musical calling was more than a flash in the pan, Brown released his second album, Everyday Jesus, in 2015.  Everyday Jesus earned Brown unprecedented accolades in his young career including his first Grammy® Award nomination, three Billboard Music Award nominations and a BET Award nomination. Not only did the album break sales and radio records, Brown also went on to make history that year when he received and won 10 Stellar Awards. Sweeping the 2016 Stellar Awards, Brown walked away with a record-setting 10 trophies, the most won by any artist in a single year. Among the top recognitions include Artist of the Year, Album of the Year, and Song of the Year for his massive single, “Worth.”

“Worth” literally captured the hearts of listeners around the world.  Not only did “Worth” topped the gospel digital singles chart for several weeks, it was the number one Gospel single for over 27 weeks. Supported by a handful of national television appearances and performances, “Worth” has been heralded as one of the best and most important Gospel songs of our time and continues to impact all who listen to it.

Not one to rest on his laurels, Anthony continued to elevate his creativity and musical vision with the release of his third and arguably his best album, A Long Way From Sunday. Released on July 28, 2017, the project was received immediately to both critical and consumer acclaim. Debuting at number one on Billboard’s Top Gospel Albums Chart, A Long Way From Sunday has been a bright spot for the gospel genre.  The deeply personal album is a ‘sequel’ to Everyday Jesus, as Brown deftly taps into the mindset and perspective of feeling far away from God. He delves into genuine emotions and provides hope and inspiration in each lyric.

Touching a chord with everyone who listened, A Long Way From Sunday has offered multiple singles including the sweeping ballad, “Trust In You,” the urban bounce of “Lost” and the worshipful “Every Time,” with guest artists Jonathan McReynolds and Travis Greene.  Brown’s second single “I Got That,” co-written and produced by Warryn “Baby Dubb” Campbell instantly resonated amongst the listeners.  The song premiered on BET to tremendous response and immediately connected at radio.

With the release of each album, Anthony Brown continues to prove why he is a musical spiritual force to be reckoned with in the gospel world. In 2019, Anthony Brown and group therAPy made their eminent return with their latest single “Blessings on Blessings” off their new album 2econd Wind: Ready. With its ‘GoGo’ bounce and catchy lyrics, “Blessings on Blessings” instantly became a fan favorite, quickly becoming the spring/summer gospel anthem of 2019. The popularity of “Blessings on Blessings” gained recognition on Billboard’s Hot Gospel Song Charts ranking at number three and has earned Anthony Brown and group therAPy a GMA Dove nomination for Contemporary Gospel/Urban Recorded Song of the Year.  Other breakout songs from the 2econd Wind: Ready album includes the powerful ballad “Another One” which is sure to spiritually manifest in the souls of the listeners, “Real” featuring gospel rising star Jonathan McReynolds, and the highly anticipated energy infused winner “He Always Wins,” featuring gospel icon Erica Campbell and rapper 1K Phew.

From sold out tours nationwide to memorable live performances, Anthony Brown & group therAPy have performed on a variety of national TV platforms including BET, TBN, and TV One.  Featured on national and international platforms including Essence Festival, Bishop TD Jakes’ Megafest, the New Orleans Jazz Festival and more.  Anthony Brown & group therAPy has made their mark in the gospel world and are undeniably part of this generation’s brightest stars.

Question: Does it cost to attend this event?
Answer: No. The Uncut Coming of Christ is a free event and open to all.

Question: What guest artists are featured in this year’s play?
Answer: This year’s production of The Uncut Coming of Christ will feature gospel artists Kim Burrell, Le’Andria Johnson and The Shelby Five.

Question: Is parking available on the day of the event?
Answer: Yes. Parking is free and available for cars and buses.

Question: I go to another church and am interested in bringing a large group to see the play. May we reserve seats?
Answer: Reserved seating is not available for groups since the event is free. Please be sure to arrive at least an hour and a half before the event start time for the best seating options.